Ceilidh Recording: The Reel Time Ceilidh Band love performing in front of crowds however, recently they have been spending more time than usual in the recording studio.  They have been working hard on tracks for the new album. 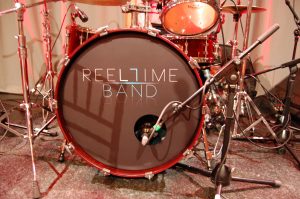 The band have recorded one Roddy’s favourite childhood tunes: Appropriate Dipstick.  Originally recorded by Wolfstone, this track is thought by many to be at the forefront of Celtic Rock.  Have a listen to the Reel Time Band’s recording of the track on Soundcloud.  They have also just finished recording the Congress Reel set which we would definitely recommend you have a listen to on Soundcloud too!

This week the Reel Time Ceilidh Band had a chance to perform their new tracks at The Hub, Edinburgh.  They were entertaining a group of microbiologists who were in Edinburgh for a conference at the EICC.  The international guests relished the opportunity to enjoy the cultural experience of Scottish ceilidh dancing with the band. 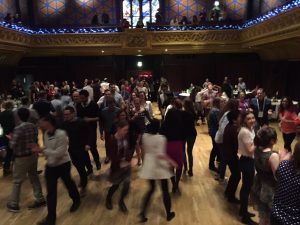 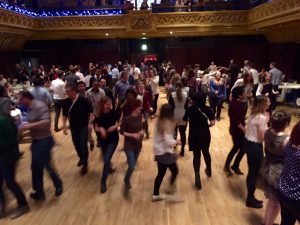 About the Author: Roddy